Your Dick Is In Her Hands

Your Dick Is In Her Hands 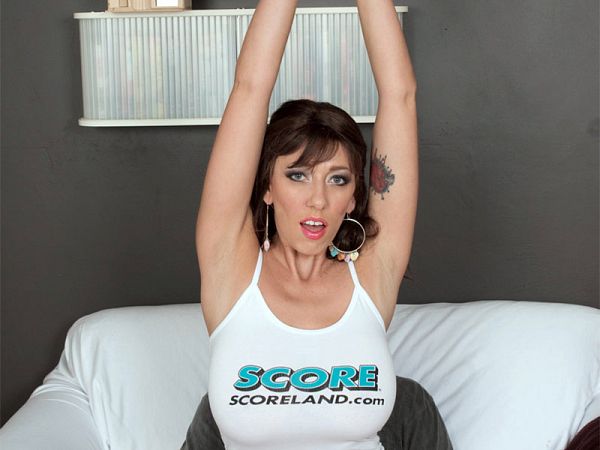 We start off with a chat. Alia Janine tells our SCORELAND cameraman/reporter:

He asks if she likes playing with them and Alia replies “God gave them to me. I might as well do something with them.”

He follows up by asking if she would like to put something between them. “A hard cock. It fits very nicely in here,” she says as she rubs a hand between her tits.

At SCORELAND, we appreciate a woman who makes her hooters a major part of her life.

Alia has great cock-worshipping skills with her hands, her boobs, even her eyes. She’s very much into the man’s pleasure. We give her major props for that, as well as for her technical skills. Her combo double-hand stroking while being tit-fucked on her back rates high on the ol’ man-meat meter. She has a hot sex-voice too.