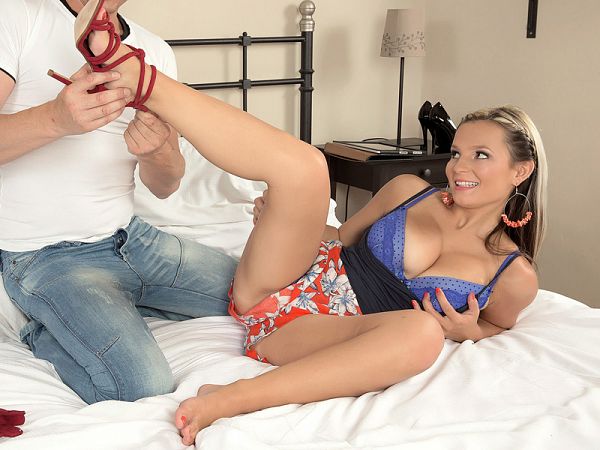 First, the bad news. Pretty girl-next-door Jessie Simmons says she wants to do only “closed leg” photo shoots from now on. So, unless there’s a major change later, we won’t be seeing Jessie getting boned.

Now for the good news. This is a very hot and lengthy coupling with tender, young and sweet Jessie getting a thorough and hard fuck by her enthusiastic stud, Steve. Jessie’s fresh and soft body under him and on top of him and her vigorous responses to his cock thrusting in and out of her pussy really juice up the action. Jessie is not the type to stare at the ceiling. She bounces on Steve’s cock like she’s on a trampoline!

We open with Jessie showing Steve the new high heels she’s bought. Steve is not overly happy about the cost, but it makes Jessie happy, and when a girl is happy, she makes a guy happy. So Jessie makes Steve very happy and gives him a happy ending.