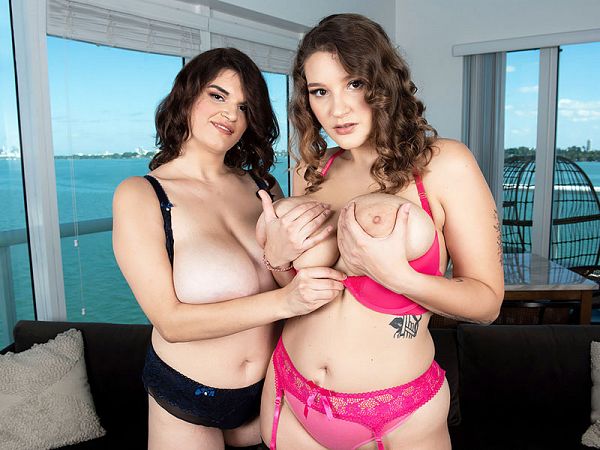 In a rare encounter, the amazing Daria meets the equally amazing Jenni Noble for an all-natural boobs sorority party. They examine each other’s sweet bods, admiring their choices of bras and panties, admiring their big tits and figures, eager to share tongues and fingers.

Jenni takes Daria’s breasts out of her bra and Daria does the same for Jenni. They taste each other’s perky nipples and compare boobs, squishing their chests together. They’re fascinated by their twin treasures, making girl talk and helping each other remove their underwear.

Jenni is the first to head south and lick Daria’s pussy. Daria rubs and licks her breasts as Jenni buries her face and her fingers between Daria’s legs. Daria does the same for Jenni. It’s share and share alike.

“Daria was a beautiful woman,” Jenni said. “She was really kind, and a bit shy when we met at first. She’s got a lot of energy though and has great taste in music. I had a lot of fun with her!”

See More of Daria at SCORELAND.COM!