What A Piece Of Ass!

What A Piece Of Ass! 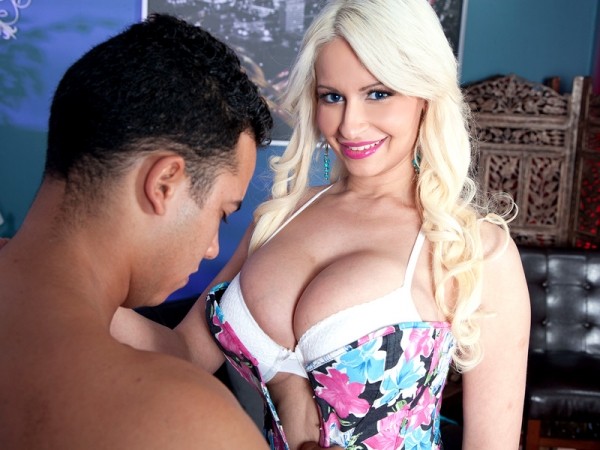 What a piece of ass is big-boobed Holly Brooks. Her dirty mouth fills the room with hot talk about fucking her soft mouth and her tight asshole. Holly’s puckering up both, and her pussy, for a hard cock to fill. When you’re with Holly, it’s no holes barred.

“Shove your rock-hard cock in my tight ass,” says Holly, turning around to show us her shapely butt while spreading her ass cheeks apart.

Rocky is watching all this. Holly’s legs shake as she makes her ass jiggle. She beckons him to her, her eyes checking out the boner sticking out. He grinds against her ass and she turns around to get a grip on it.

Pulling down the top of her corset, Rocky sucks Holly’s beautiful big boobs hard and squeezes and licks them. It’s a breast feast. A guy could spend an hour on those flesh pillows and still want more.

They get to the couch so Holly can jump on the cock in cowgirl and ride his rod. After fucking her pussy in doggie as Holly screams and her heavy tits shake, the moment arrives. “Fuck my tight ass!” she loudly cries, begging for a butt boning. Rocky wedges it in and thrusts, spreading Holly’s cheeks apart. That makes Holly cry out even louder as their ass-tounding humping continues.

Holly Brooks: a living fuck-doll. Even super-sex star Tigerr Benson said she wanted to get down with the blonde bra-buster after seeing her.