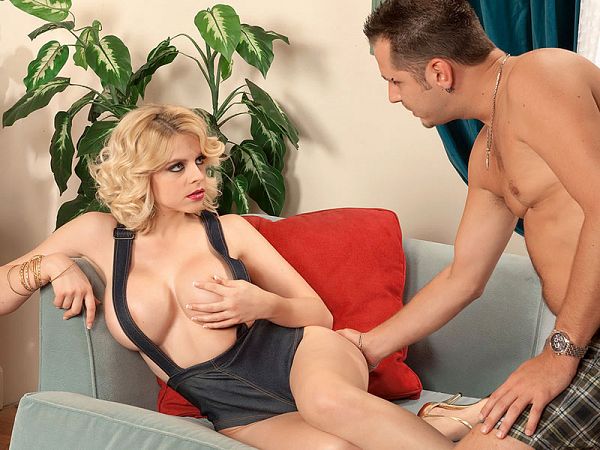 Jayden Prescott is the young wife of a longtime SCORE reader. Their house is filled with magazines and DVDs. Big boobs and the love of them is a big part of their lives.

Jayden’s husband is a charter SCORE and Voluptuous reader. “Actually, the thing that attracted me to my husband was how consistent he was,” Jayden said. “He’s a down-to-Earth guy. Never pushy. Never judgmental. He kinda lets me do my own thing. That’s the best part.”

“My husband was the second man I ever had sex with. The guy I’m with here will be the third guy I’ve ever fucked,” Jayden revealed.

“Oral sex, I had my share in college and high school when I was still trying to be a good girl. Yes, there have been a few more guys I’ve given blow jobs to. I didn’t have sex for the first time until I was 20. I was brought up in a very religious house. We didn’t even watch TV!

“And when I had sex for the first time, I’d been going out with my boyfriend for four years. I was very religious and trying to wait for marriage, but I couldn’t hold out. It was okay. It was awkward. We did it up in his room in his parent’s house. But it made me want more.”