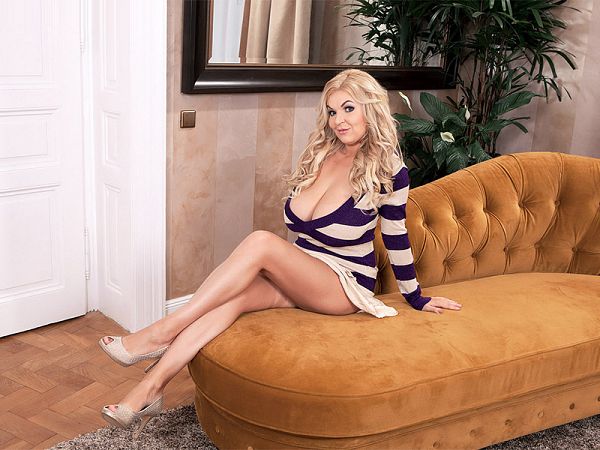 Diana Frost takes things into her own hands in this P.O.V. Tits, Tugs & BJ, yanking and cranking the cock, cleavage-crushing it and sucking and licking it until his balls empty all over her big, natural boobs, leaving a sticky mess. Diana will not let him pull his pud himself while shooting his load, as many studs often do. She has to be the one to make him erupt like a volcano. It’s a point of honor.

“I like my boobs played with hard,” said Diana, who’s never modeled before. “Some guys only like to play with my breasts because they say they’ve never seen breasts so big. I like to hear a man groan when he has an orgasm on my breasts. I find this enjoyable.”

One of our model recruiters spotted Diana and knew she was right for SCORE. He’s previously picked some of the greats in recent years.

“He wrote me on WhatsApp and told me about SCORELAND and invited me to Prague. He told me about the magazine and said it has been around for 25 years. So I thought, ‘Why not? I have never done this before. No one ever asked me.”