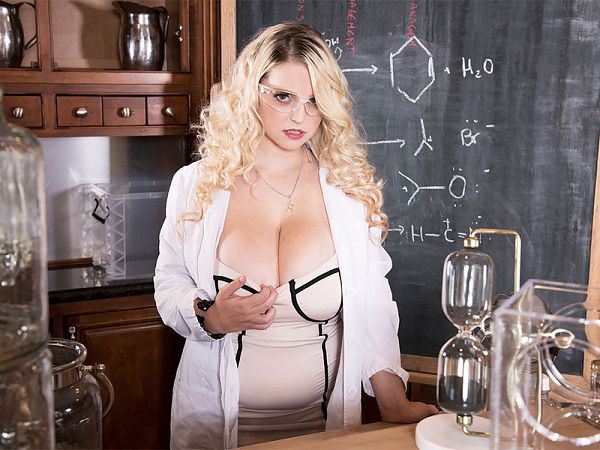 Doctoral candidate Codi Vore is a girl on a mission in the chemistry lab. Her personal project is to create the ultimate pheromone. If she succeeds, her supervisor will learn that she’s as good a scientist as he is, if not even better. So in her personal time, Codi has been working on her formula. Now it’s time to test it.

Codi’s test subject is herself. It’s a risky move but she’s willing to gamble. The final step is over. She pours the liquid into a glass and drinks it. At first, it looks like Codi’s experiment has gone wrong and she’s about to turn into Ms. Hyde but then her expression changes to a look of pure ecstasy and pleasure. Her formula is not only a pheromone sending out sexual signals, it’s an aphrodisiac and it’s turning her on so much, Codi pulls off her clothes to squeeze and rub her large, heavy tits, so soft to the touch. Her discovery works all too well.