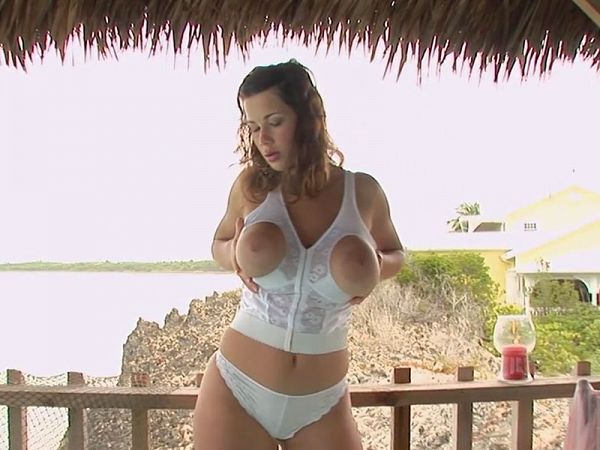 Terry Nova is a living dream girl with a pair of mouthwatering naturals. We’ve known Terry for a long time and what surprised us from the beginning is how relaxed she always is and how nonchalant she is about her big tits. We’ve told her countless times how special she is, one of the greatest busty Czechs ever, and she just gives us her Mona Lisa smile every time.

Wearing a white negligee and high heels, Terry goes outside. Underneath her lingerie, her boob-exposing bralette reveals Terry’s pancake-sized areolae.

She’s brought a breast pump with her. Terry pumps her nipples, her breathing coordinating with each squeezing of the bulb.

Terry Nova is just too sexy for her bra. She unhooks her front-loading melon sling and removes her panties. Now naked, Terry sees that her massive jugs need cream. She layers on the white stuff in an erection-producing display of nipple magic and pats her pussy.