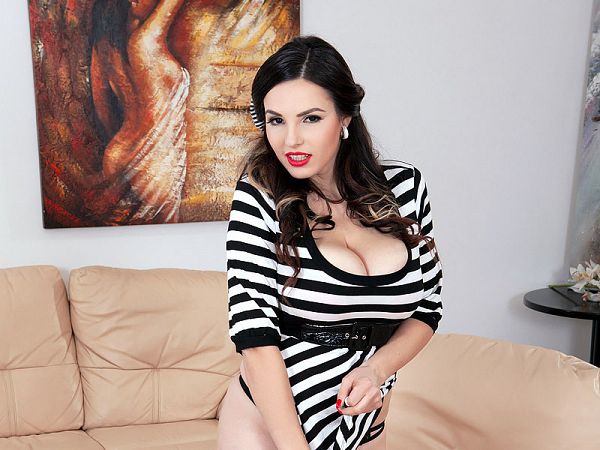 In this scene, Talia tries on bras and tops, measures her sexy body and jiggles, bounces and shakes her big boobs. She chooses a pair of panties that show more skin than it covers.

Talia began modeling just two months before this scene was filmed. A friend suggested she contact SCORELAND. Talia enjoys posing. “I like to look pretty and I like the attention. I once wanted to be an electrical engineer,” said Talia. (She chats with one of the photographers in a separate Bonus video.)

Talia has a nice smile, charming voice and friendly personality that’s as magnetic as her looks and beautiful body. She doesn’t know any of the girls at SCORELAND and there’s no other model she can say is an inspiration to her. On the other hand, we find Talia highly inspirational.