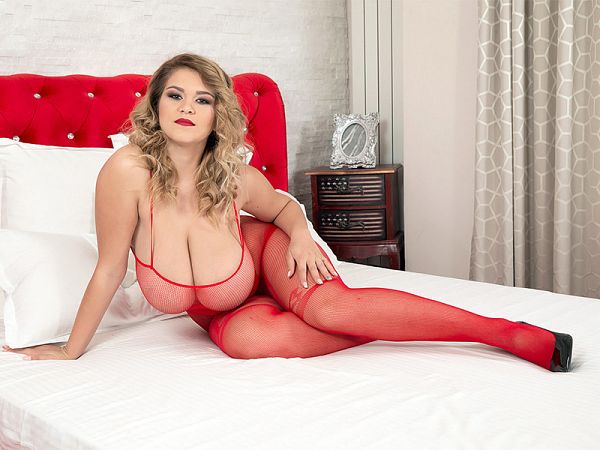 Even though Erin Star is a year younger than her equally bodacious sister Helen, they’re figuratively joined at the hip. They practically do everything together. They probably communicate telepathically as many close sisters do.

Said their photographer, “One does something and the other does it, too. It’s like they’re on the same wavelength, as if they’re thinking the same thing at the same time. They’re not twins, but you’d never know it by the way they are together.”

With sisters, the first sister is usually the leader and the little sister is the follower. That’s how Erin and Helen are in everything they do.

“We wear just about the same size and our breasts are almost the same size, so we can wear the same clothes,” Erin said. “We love to go clothes shopping together.”

Smiling Erin knows what tit-men love to see. Wearing a sheer body suit with an open crotch, Erin shakes her huge boobs and pats her pussy, with the camera just inches away. The view is spectacular.