SCORE Girls Around The World

SCORE Girls Around The World 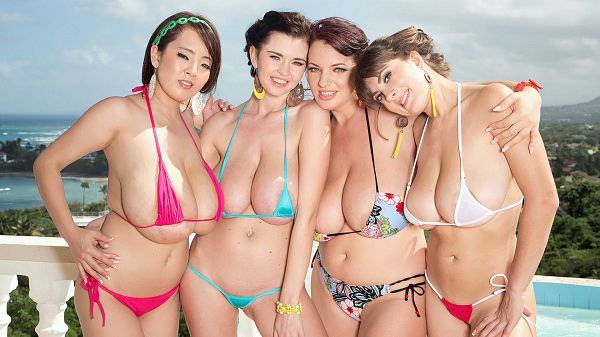 SCORE has photographed big-boobed girls on-location since 1992, the year the magazine began publication. The first stop was The Bahamas, an island chain that became a favored destination spot. Over the decades, our staff and the girls travelled to Japan, the Dominican Republic, Saint Maarten, Mexico, Germany, Romania, Portugal, Spain, Ukraine, Colombia, Argentina, the Czech Republic, Canada and Brazil. During the early years, SCORE had an office and studio in England in addition to our Miami, Florida office. Many great British naturals were discovered and filmed there, in London, in the ’90s and early 2000s. The five Boob Cruises from 1994 to 2000 sailed the Caribbean, stopping off at islands both tiny and large so we could shoot on the beach for the day. While the other big-bust magazine companies took the easy route and bought their photo sets from photographers, SCORE went in search of high adventure and trips to paradise.

See More of Hitomi at SCORELAND.COM!