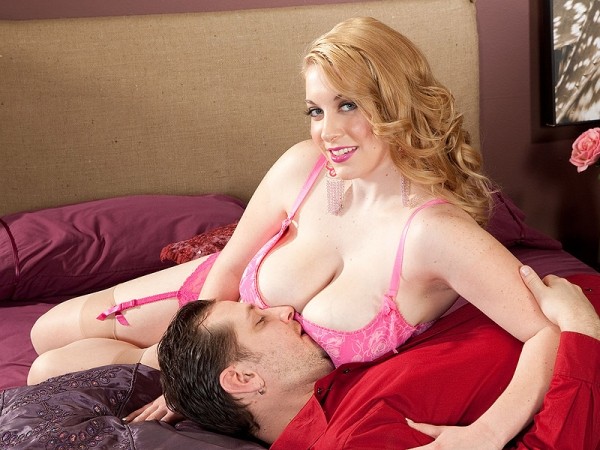 Kali West! She is so hot. One of the prettiest GND SCORE Girls. That’s Girl-Next-Door…with huge natural titties. Her comely face, her cocksucker mouth, her tits, pussy and ass. Her legs and feet. Every inch is beautiful.

Over time, her tits have gotten bigger and meatier. Kali always looks fresh, sexy and hot, whether she is in slim mode and stacked or fleshier.

In an earlier Kali interview, the subject of ass-fucking came up:

What can be concluded from this? That when a chick says no, it ain’t written in stone.

Kali goes old-school for her first ass-opener. She wears a sexy bra and panties with garters and stockings. Very classic. She gives her fuck partner a lap grinder while he sits on the bed, and then she tells him she wants a cock in her ass. He sucks and kisses her tits.

She enjoys it but she’s getting anxious to be really warmed up and says that she wants her pussy licked. She gets a loud, cunt-slurping eat-out that turns her on. “I want to taste your cock,” says Kali, unzipping his pants and extracting the shaft. She jacks it and hands-free sucks it.

Kali could use a mouth-fucking so she lays back on the bed, pretty head slightly over the edge. Before they get to Kali’s beautiful butthole, we want to see some pussy fucking. Kali has a gorgeous pussy and it deserves a thumping.

As Kali is getting it in her cunt from behind in doggie position, the time is right for her rounded, lush tush to be spread open, filled and drilled. Her asshole has been prepared for the cock.She is ready.