Puma Swede At The Whore Motel 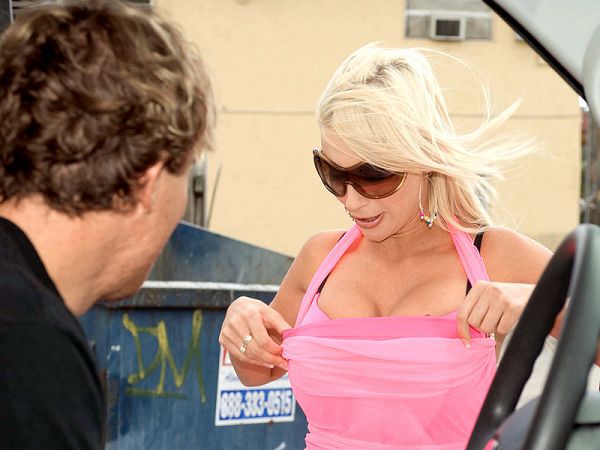 Before we get to the part where Puma Swede hilariously mutters Swedish obscenities by a back alley dumpster as she trolls for tricks to fuck for cash, let’s backtrack a few years.

In 2004, Puma came to SCORE. Her name then was Johanna. She showed her tits. She showed her bottom. That was it. She didn’t do much. Kinda just stood there and smiled. We were tearing our hair out.

Then she came back two years later and she was fucking her brains out. The Swedish heat came out. Puma was always funny with a wacky, pervy sense of humor but now she was funny and fucking.

Well, Puma didn’t go bigger but she did come back to fuck some more and appear on SCORETV and she’s still fucking funny. Now back to the trash dumpster pick-up.

Puma is dressed to raise testosterone levels in a hot, pink dress. A car pulls up with an interested buyer. He actually doesn’t want to buy Puma’s pussy, just rent it. They proceed to the whore motel of Puma’s preference where her trick gets to explore the pink lining of her Swedish snatch. Puma gives him a ride worth his money. She doesn’t take Swedish Kronas, just US Dollars.