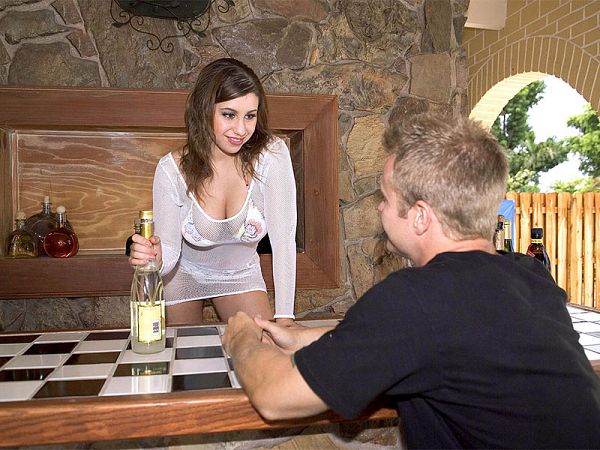 It’s rare that a SCORELAND model passes the bar exam around here. Whitney Stevens has got to be one of the hottest bartenders. She can really handle those jugs. This drinker wants to tap cute Whitney’s kegs. He gets his shot thanks to us.

Whitney herself handles a swizzle stick like an expert. She would make a great shooter girl. Of course, in the real world, a bar like this would close up in two days. “It was a little tricky having sex on the bar but I was able to get served,” Whitney said.

“I’m usually sexually passive,” Whitney explained. “I usually wait for the guy to make the first move unless I’m in a relationship. I don’t have any fetishes unless you count big cocks. I have a big cock fetish. Big or very thick. If a guy can have a big boob fetish, then a girl can have a big dick fetish, right?”