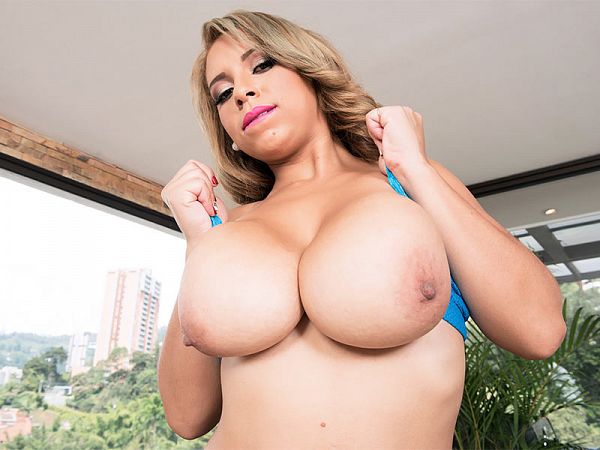 Some girls play the bongos. Shara Lopez plays her boobs. The music she makes from boob clapping, slapping and bouncing is on our top ten list of titty tunes. Can you imagine an all-girl group on stage playing their breasts like musical instruments? Shara would be the conductor.

Shara slowly strips off her blue tank top and denim miniskirt. Her body is flawless. She pulls on her purple thong panties, sliding it between her pussy lips, then puts her stringy panties under her tetas and bounces her tits.