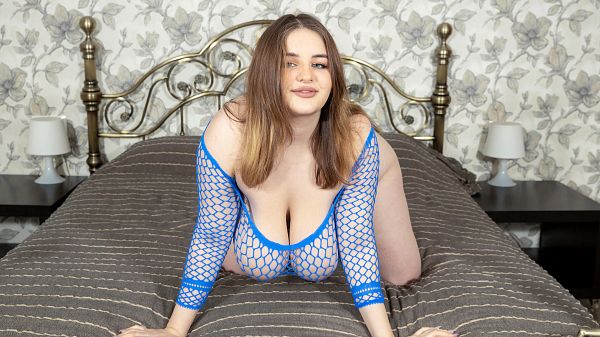 And the winner of Voluptuous magazine’s Newcomer of the Year contest for 2021 is eye-candy girl Molly Evans. The results were published in Volume 29 Number 1.

The race was unbelievably tight between Holly Garner and Molly. “We had an epic tit-to-tit battle for Newcomer of the Year,” wrote Vmag editor Dave Rosenbaum. Holly won in the SCORELAND website contest. “Here at Vmag, readers were so torn between these two super-stacked super-girls that until the final hours of counting ballots, we didn’t know who was going to win. First Holly Garner was ahead. Then Molly was ahead. Then Holly, then Molly.”

Molly is the first 18-year-old hottie to win this contest since Rachel Raxxx in 2016. Congratulations, Molly!