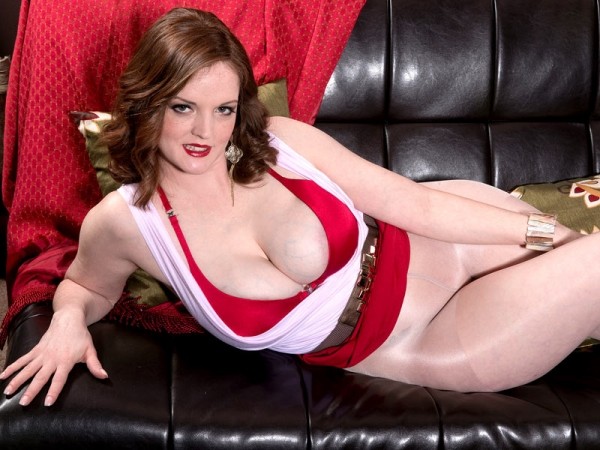 Finally back at SCORELAND after an absence of over four long years, Bebe Cooper hasn’t changed at all and, just like last time, Bebe is lactating. There is a slight change. Her milky white, blue-veined boobs with their spectacular pointy nipples and large areolae are an inch bigger now at 41-inches.

Beautiful Bebe looks like the femme fatale or heroine of a classic film noir of the 1940s. That’s only one of her many charms. When Bebe unhooks her bra and releases her big, creamy tits from the prison of her brassiere at 2 minutes 46 seconds into her video, your life will be improved.