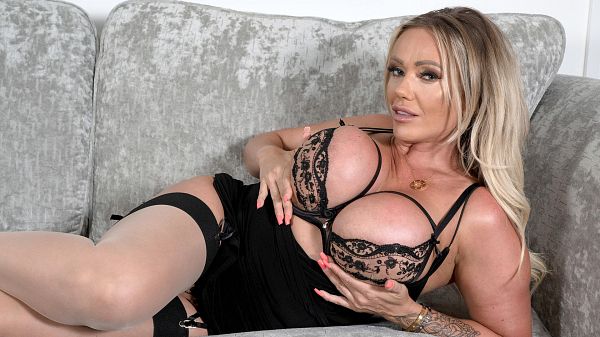 London glamour babe, fetish model and slave mistress Lucy Zara is well-known in the UK modeling scene. She started modeling at 18 and began fetish modeling in 2007. Lucy’s been published in numerous magazines and newspapers. With extensive modeling credits, ranging from promotional work to television to amateur camera clubs, Lucy’s one of the UK’s busiest models.

Lucy works out three times a week, swims and supports Chelsea Football Club. “I am a trained dancer,” Lucy said. “I love wearing tight tops or dresses that show off my breasts.”