Jordan Pryce: Up In The Rear

Jordan Pryce: Up In The Rear 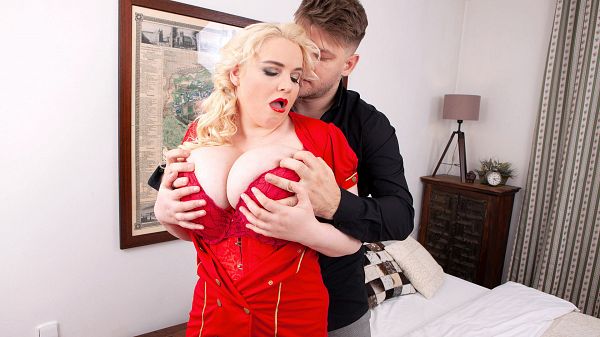 Jordan Pryce is a flight attendant (formerly called stewardess) for Mile High Airlines. (Where the pilots hang out is’nt called a cockpit for nothing at Mile High.) You may have read their advertising slogans, such as “Our stews are ready when you are.” and “Fly the very friendly skies.”

Jordan normally moans when she speaks and moans even louder when someone is sucking her nipples or banging her. In fact, when Jordan wears a skirt, a stiff breeze between her legs makes her moan.

The pouty-mouthed blonde uniform stretcher is on a layover. She’s brought one of the passengers home as a souvenir to keep her pussy, mouth and huge tits busy until she flies out again. The appropriately named Michael Fly has a dick with Jordan’s name on it.

After fucking Jordan, with a butt plug in her ass to prepare it for cock, Michael catches his connection to her asshole, an easy transfer, thanks to her cooperative nature. Upon exiting Jordan’s rear cabin, Michael drops his cargo on her jugs and in her hungry mouth.