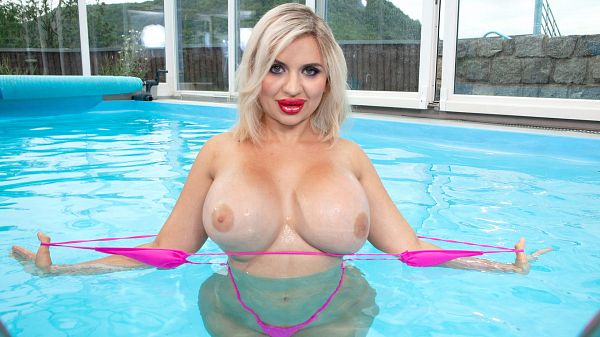 It’s been close to a year since Jessy debuted at SCORELAND. “For as long as she can remember, Jessy has admired girls with big tits,” SCORE magazine editor Dave wrote. “Her problem was, she wasn’t busty herself. In fact, she was a natural A-cup. She never wore a bra because she didn’t need one. And all the praying in the world wasn’t going to make her busty. So she did what so many other girls have done.”