In The Hot Zone With Brooklyn Springvalley

In The Hot Zone With Brooklyn Springvalley 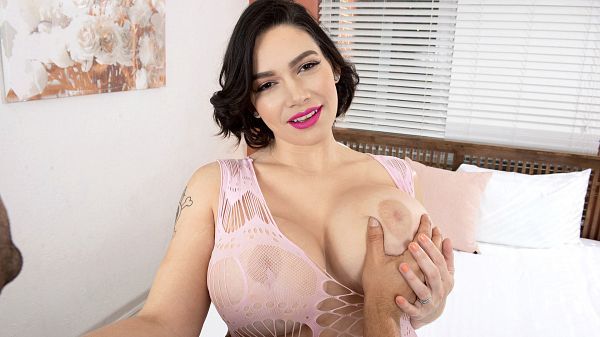 The sound of a woman in high-heeled shoes walking on a wooden floor can send signals and create a range of associations in the listener. Some social scientists have even studied the subject. Women love loud shoes for a variety of reasons, the researchers wrote. That sound introduces sexy Brooklyn Springvalley in the opening of this video as she walks into the bedroom. Nicky Rebel follows her.

Brooklyn enters the bedroom and turns around to tease Nicky through the bedroom’s glass door. He reaches to fondle Brooklyn’s huge tits and pull down the top of her lingerie. Brooklyn erotically sucks on his forefinger, letting him know what to expect in a few minutes.

Getting on the bed on her hands and knees, Brooklyn turns to look at Nicky with that fuck-me look. He spreads her ass cheeks apart to admire the view and then finger-bangs her before substituting his cock for his finger and fucking her in doggie, her favorite position.