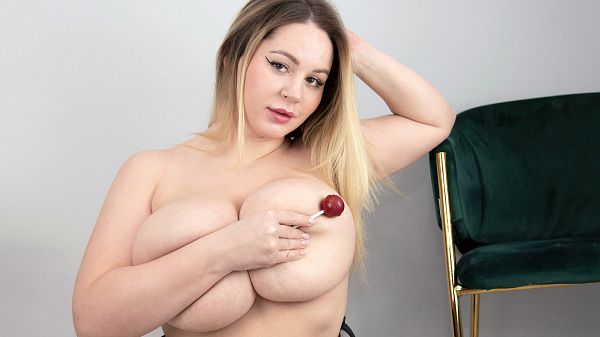 What is it about girls tonguing and licking lollipops and hard candy that triggers those lustful thoughts? Holly Garner looks at the camera and sucks and licks a lollipop. She can read minds. She knows what a guy is thinking.

SCORELAND: Do you think women should be allowed to be topless anywhere it’s legal for men to be shirtless?

Holly Garner: Well, my bathing suits are so small that I’m almost topless too. But, in general, yes, it would be fair to allow it to women.

SCORELAND: So, what kind of swimsuits do you wear at a pool or at the beach?

Holly Garner: I mostly wear separate, small swimsuits so it’s better to lie down for a tan, but if I go to the pool for the sake of sports, then I put on a one-piece. I love to spend holidays by the sea and in the sunshine. There is nothing more relaxing than swimming in sea water.