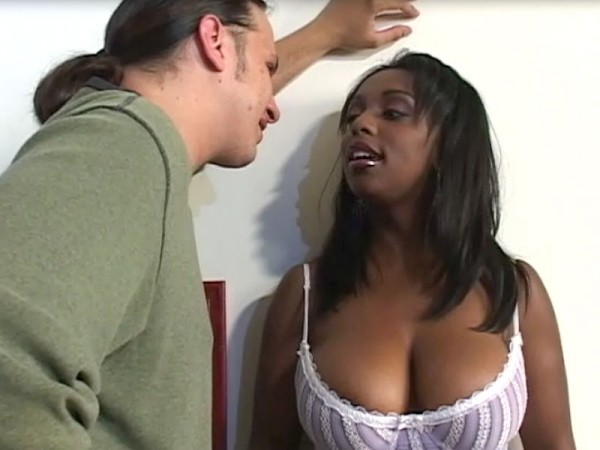 A camera strategically planted caught porn star Panther (Pounding The Pledges) getting acquainted with one of SCORE’s stunt-cock Anthony. All Panther had to do was show him her body and her big boobs and he was ready. Before the actual scene begins, Panthers gets on her knees and blows him and jerks his meat. She is a great sausage smoker. Then she has to exit to get ready for the shoot leaving him high and dry until they can start their scene. Just as well since it would have been a waste of man-juice if he popped before the show.

After the dressing room footage ends, Panther’s scene begins with some great cock sucking and tit-banging. Panther’s tits bounce like crazy as she rides his baloney pony. He’s in deep and stretches Panther’s cunt nicely, just the way she likes it. He drills the shit out of the cute fuck bunny in as many positions as they can come up with and they’re both drenched in sweat and pussy juice by the time he douses Panther’s lips with a thick glop of semen.

See More of Panther at SCOREVIDEOS.COM!