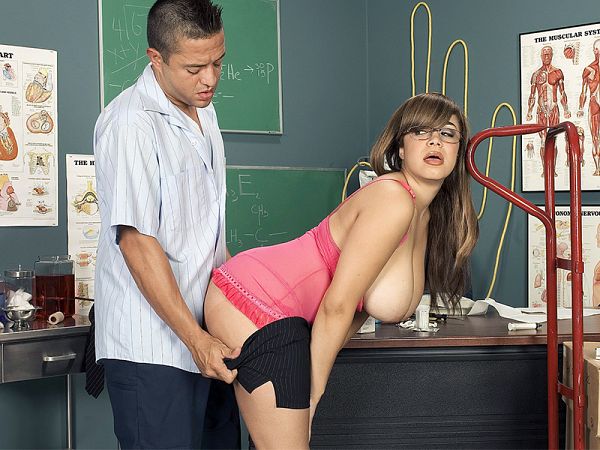 Chavon Taylor is a sexy, big-chested scientist researching bio-erotic drugs. Who else would be qualified for this kind of work but a busty thang with a major rack and a craving for the big banana? They call such researchers “boobologists.”

He gulps down the stuff and gets a boner for Chavon immediately. The chemical seems to work on Chavon also because she gets to sucking on his dick like she hasn’t had any in years. She’s a great cock sucker. It’s a good thing they didn’t wreck any lab equipment because the action gets wild. Science marches on. Better living through chemistry.

After she’s pounded, Chavon jerks him off on her big tits. She developed big boobs when she was young and recognizes the power her boobage has at any place and any time.