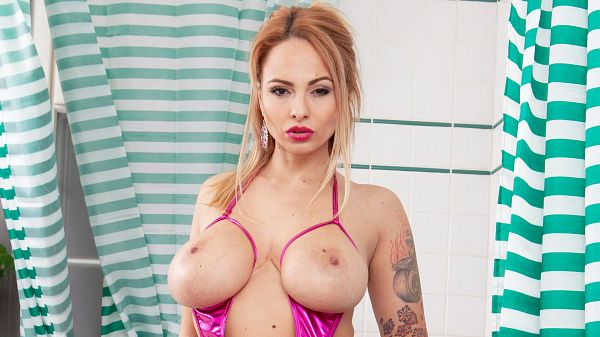 “Men have run down the street to get my phone number or email address,” Dominno said. “One guy, he was almost hit by a car. Well, he was actually brushed by it. It’s crazy that a guy would risk his life like that.”

The Czech Republic is a small country so it’s more likely that Dominno’s fans would recognize her, even though she changes her hair color every so often.

There’s usually role-playing in Dominno’s SCORE scenes. She’s been an apartment building maintenance woman. Try to find a maintenance worker who looks like Dominno. She was a Lesbian maid with Katerina Dubrova in Hooter Hotel. She fucked in a bowling alley. She’s been a flashy street hooker on a quiet road. Whatever job Dominno is hired for, she’ll make it sexy and be fucking within minutes. She’s expert in all the positions.