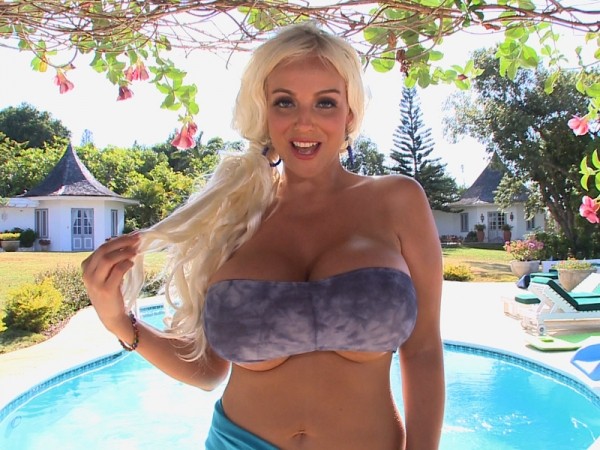 Dolly Delight is a girl with a slim body made for string bikinis. The blonde from Britain likes “cheeky chappies” with a good sense of humor, a take-charge personality…a guy who can “throw me around the bedroom.

“I’m not into any kind of particular look,” Dolly explains. “I learned a long time ago that it’s much better to judge a person by what’s inside of them then what’s outside. Iâ€ˆmean, people used to think I was a geek and used to ignore me just because of how Iâ€ˆlooked. I like a proper guy who makes me laugh and says, ‘Alright, doll, can I buy you a drink?’ A bit cheeky. That turns me on. I like it.”

Dolly is that rare sort of bird who is not only a model but a songbird as well. She travels to different countries and sings with a band at hotel clubs and lounges. “I’m a bit of a blonde girly,” says Dolly. She’s the adventurous type and likes spontaneous eruptions of passion. “I was at a gig and one of my band mates was fit so we ended up getting filthy in the dressing room before the gig,” Dolly remembered with a smile.