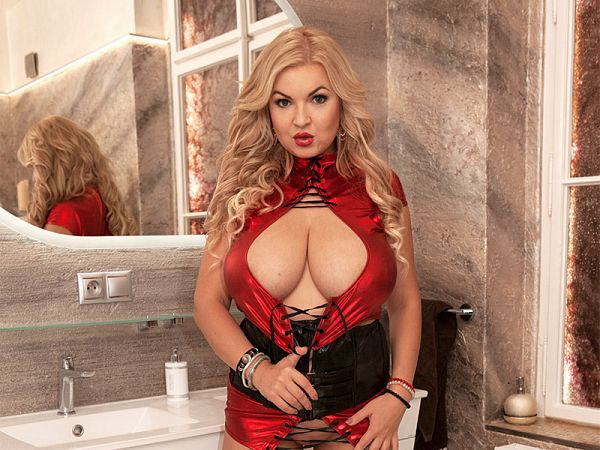 Diana Frost would never give you the cold shoulder. She pretties-up in the bathroom and shows off her new outfit. When it comes to clothing choices, too short, too tight and too low-cut is her philosophy.

Diana gets in some much needed breast-bouncing practice, strips naked, pops into the shower, oils her body up and sprays herself down. A shower spanking gets her ready for bed. Diana was a manager of a food store. A waste of talent in our opinion. She saw more opportunities elsewhere.

SCORELAND: Have you ever had sex with a woman?

Diana: Yes. It was with a husband and a wife. It was very funny. She called me and asked me if I wanted to have sex with them. She didn’t have big boobs. I had enough for the two of us.