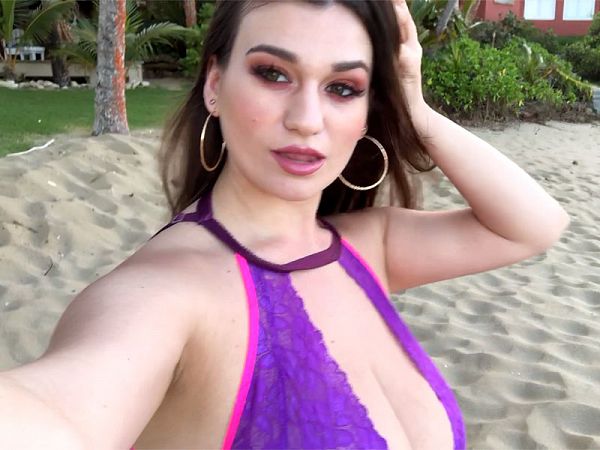 Demmy Blaze is like most girls today–their phones are a part of them, and if they’re models, they’re constantly taking selfies. They carry their phones everywhere like they used to carry their compacts.

In her purple, cleavage-exposing halter, Demmy takes us on her selfie-stick tour of the North Coast Vacation resort. Demmy often doesn’t speak in her videos filmed in Prague but she talks throughout this video diary as she makes her way to the windy beach, touching her big tits at the same time or tossing back her hair.

Demmy has a sexy speech pattern, erotically stretching out her sentences. As she walks to the seashore, she mentions the names of some of the girls she has met and says she doesn’t want to leave the island. She wants to stay here forever with them.