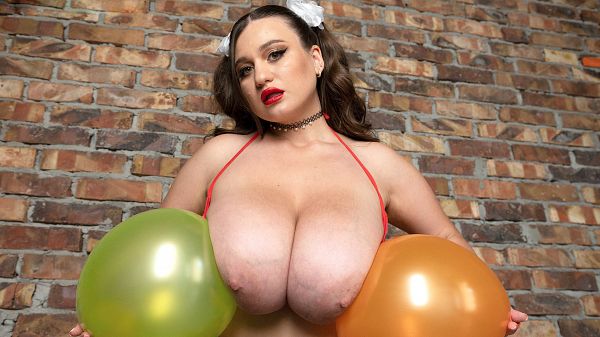 If Demmy Blaze was your study-mate and she dressed like this when you had your exam cram sessions, you’d flunk every test. There’s no way you could think straight with Demmy’s big balloons dominating your mind. Even if Demmy wasn’t dressed as she is in this video, you’d still be unable to concentrate on anything.

Before Demmy became a balloon-popping model, she considered a career as a customs official.

“During my school years, I dreamt about that kind of work and that’s why I was a very good student,” Demmy said.

Fortunately, Demmy’s interests took a radical turn and she decided to make the most of her considerable natural gifts. It would have been a waste of her assets if she had a career checking travelers for contraband. Although, as an idea for a video, it’s pretty good.