Deep In The Butt Of Busty Alura Jenson

Deep In The Butt Of Busty Alura Jenson 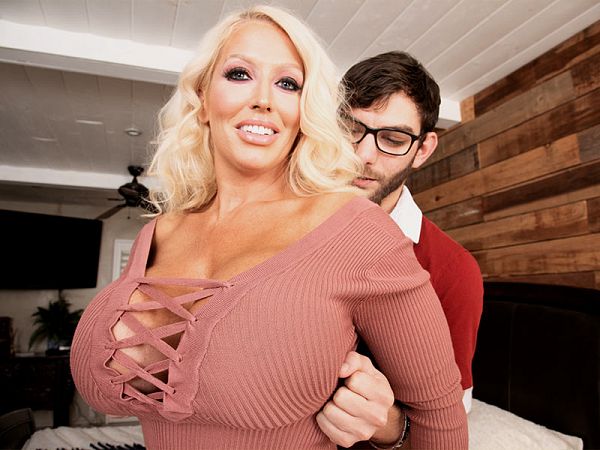 Alura grips Logan by the base of his boner and sucks him hard, moaning and gasping all the while. She runs her tongue along the shaft and spits all over her hooters to make his cock slide better between them. She gets on her back in a traditional tit-fucking position so he can straddle her chest and bang her boobs hard and fast.

Alura and Logan begin fucking in a reverse cowgirl position. She turns around rides his pole the cowgirl way, her ass going up and down fast and hard, her boobs in his face.

Logan fucks Alura sideways, then switches pole-position and sticks it up her ass balls-deep. Alura rubs her clit faster and faster as her butt is rammed. She’s a big, strong Amazonian woman and she needs a hung fucker like him to drill her fast, deep and hard. Turning Alura on her knees, her ass up, Logan fucks her in the butt as she rubs her clit.