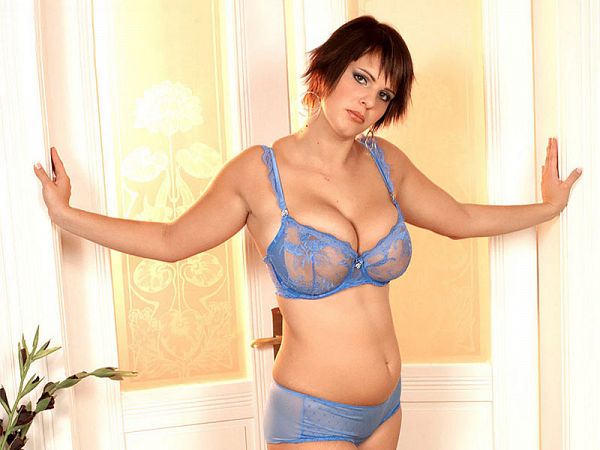 Virginia Simms was in her third year of university studying political science when she was approached by a SCORE photographer. One of our correspondents noticed her large chest while he was sitting in an outdoor cafe and approached her with a business card as she was about to leave. She took it and smiled, then went on her way.

A few weeks later, she phoned and listened as he offered her this modeling assignment. At first she said no when she learned it involved nudity. Then Virginia called back and agreed, but only if it could be topless. She wanted to leave her panties on and not show her pussy. Since one of our slogans is ‘It’s all about the boobs,’ we agreed. Models have to start somewhere and no one can predict the future so it was worth a shot.