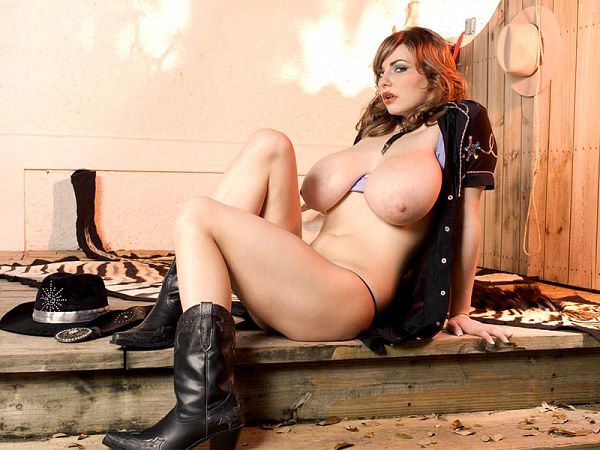 SCORE once filmed Christy Marks riding a horse and it was no surprise that she handled herself very well, enjoying the experience. Some of the other girls with Christy were completely terrified even though we had professional horsemen there to ensure their safety. The horse left the building for this shoot. That was just as well for the porters.

“I like fucking and playing with myself at the same time. I don’t do it all the time because some guys get really self-conscious like, ‘Am I not doing my job right? This chick is playing with herself.’ And I have to be like, ‘Yeah, you’re doing it right, keep going!’ And I like to dirty talk during sex, too. Cause that gets me hot. But I don’t talk a lot because most guys are not into that. Most guys are really traditional where I am from.”