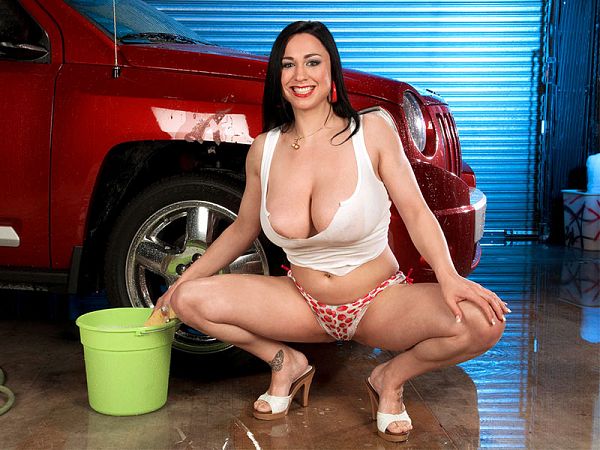 There’s a guy who drops by The SCORE Group office offering to wash cars but if it were Isis Haze, there’d be a lot more takers. The downside is that no work would ever get done. Everyone would be outside watching her 34FF boobs drip soap suds as she bent over to clean the grill.

As handy with a sponge as she is with a stick shift, Isis puts on a car wash to surpass the classic scene in the movie Cool Hand Luke. Here is a girl who could solve the American auto industry’s problems but they won’t pay attention.

One of the hottest and bustiest dancers at a club called Silk Exotic in Juneau, Wisconsin, Isis was spotted there by a longtime SCORE reader. He suggested she apply and she did.