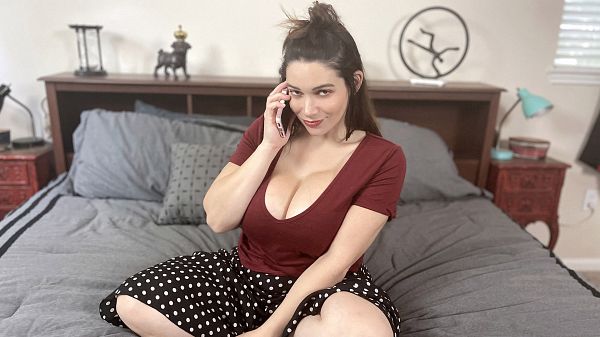 Brooklyn Springvalley gets a “Dear Brooklyn” call on her phone. He tells her that she needs to be better at sex and basically insults her. What kind of garbage is this? This putz doesn’t know what he’s talking about. An army of guys would love to bounce on the bed with super-busty Brooklyn.