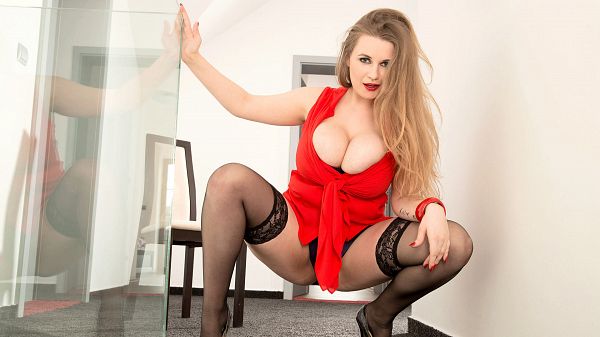 Larissa Linn has the magic. She’s discovered that she loves hot modeling. Breast-men are better off for that decision. In this scene, Larissa shows you her sweet stuff in a hallway. Her natural tits are big and shapely, and her voice is sexy. She’s a natural at striptease and offering up her pussy for your viewing pleasure.

Larissa’s sexual fantasy is to have an orgasm on the roof of a tall building. “I have had sex in public before,” says Larissa, who speaks very good English. She’ll no doubt live out that fantasy one day. Larissa is a go-getter and knows how to achieve her goals.