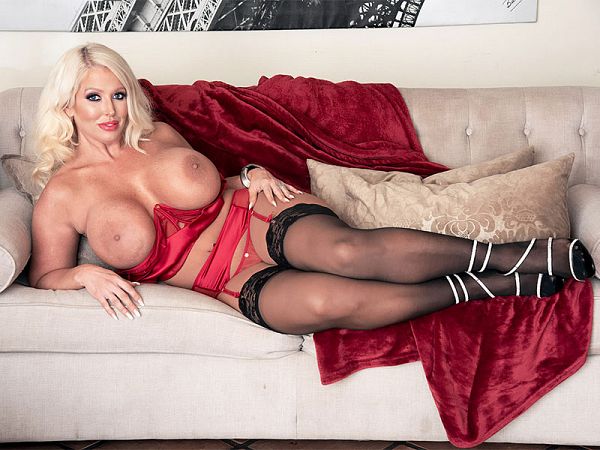 “If we’re not fucking on our first date, there won’t be a second date.”

So said Alura Jenson, back at SCORE for the first of several shoots.

Alura listed her top three sexual experiences as, “All of my gangbangs, drunken sex and sex with strangers.”

“I absolutely love women. I’m not gay but that’s only because I love dick so much!”