Bhiankha: A Fountain of Milk

Bhiankha: A Fountain of Milk 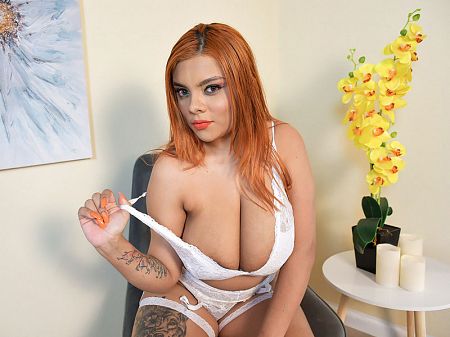 SCORELAND and XLGirls have showcased some very milky milkers in the past, such as Bebe Cooper and Anorei Collins but Bhiankha is the milkiest milker of them all. This scene shows again what an unbelievable breast-milk dairy queen Bhiankha is. As Bhiankha milks herself, squeezing her big tits over a glass table, the leche jets out of her super-long nipples like a fountain.

Bhiankha even sucks the milk out while her breast is in her mouth hands-free. She is definitely one of the greatest self-suckers. There is no debate about this. Seeing is believing.

Besides the lactation, Bhiankha is a curvy sexbomb with a Voluptuous magazine body, a beautiful face and shapely legs. She would be in SCORELAND even if she wasn’t streaming large amounts of breast milk from her full tits. But we are thankful that she does.