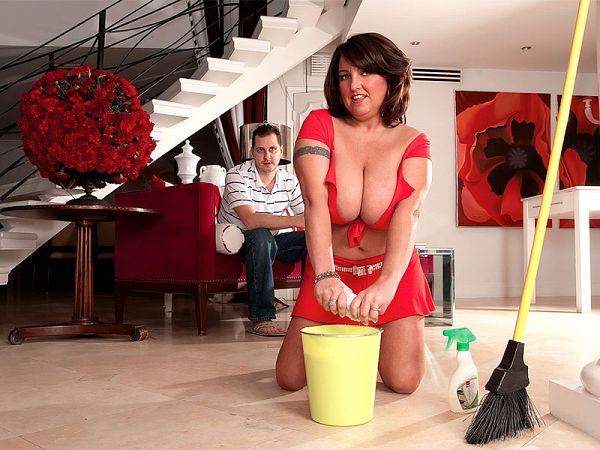 J.S. doesn’t know who Stephanie Stalls is when she turns up at his door. He seems confused when she tells him that she’s been sent by her agency to clean his home. He admits her anyway because, hey, he may be confused but he’s not stupid. She’s only 5’2″ tall and has 40 inch 34F-cup tits. A guy could bust a nut just thinking about that.

This must be the greatest maid service in the history of mankind. We’d let her into the house for any reason. Stephanie begins to tidy up his place and J.S. stares at her curvy bod and giant hooters while she’s going about her chores. Stephanie admits that housecleaning is a bore. She needs a cock break.