As The World Bounces With Karina Hart

As The World Bounces With Karina Hart 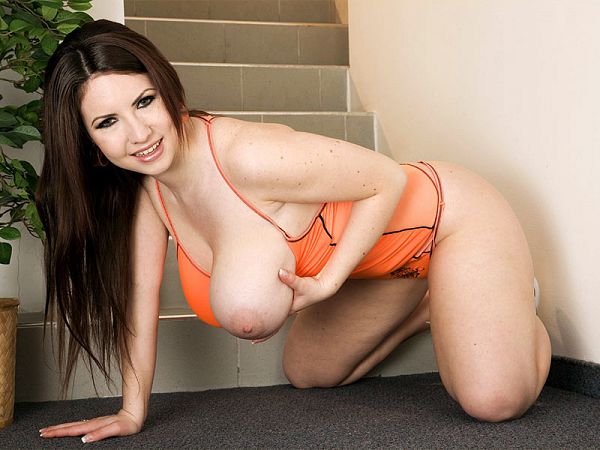 SCORE magazine Vol. 28 No. 1 celebrated 10 years of Karina Hart with a three-image cover of the Slovakian big-bust star and seven pages of photos.

“Karina was only 22 years old and living in Brno, Czech Republic when she debuted,” wrote editor Dave who spent a week in a Hungarian castle with a group of SCORE and Voluptuous Girls. “She couldn’t have guessed that her schooling would be temporarily sidetracked by her big-boob modeling career.”

Karina was in her third year of university studying art history. “To be honest, I don’t know what I will be after I finish school,” said Karina, who became a sensation the first time the world saw her.

In this video, never before posted at SCORELAND, Karina shows how effortlessly she owns the camera. Energetic and vibrant, high-energy Karina never stops moving, bouncing and shaking her big natural tits. When it comes to pleasuring herself with fingers and toys, many models could learn a lot by watching her videos.

Karina also figures very prominently in the 25th Anniversary edition of Voluptuous, Vol. 26 No. 4, due mid-summer, 2019.