As Nasty As I Wanna Be 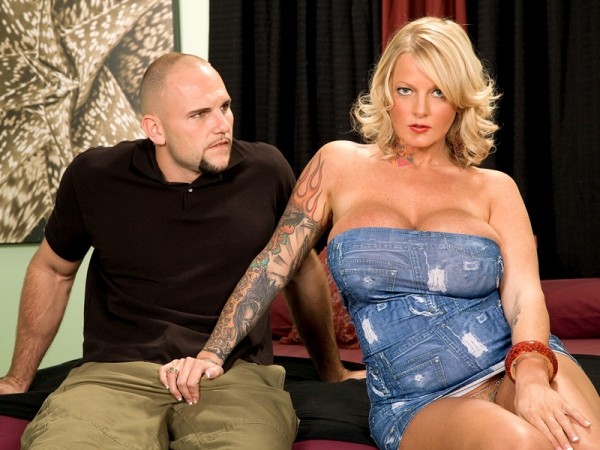 What’s the first thought that pops into your head a few seconds into this SCOREVideos.com scene starring Sabrina Linn?

Is it, “Who is this wildin’ out, freaky-deaky, porn-loving, slutty-looking, bad-ass?”

As you see, Sabrina loves tats and piercings and nipple rings in the hot spots and she loves them in a big way.

“I have two looks. One is as a mom in public wearing nice tops that cover my cleavage but are fitting. The other is going out in anything that shows off my curves.”

The slam-bang action never lets up and Sabrina gets into a hard-ramming fuck and a facial with cum-swallowing. Sabrina clearly loved being on the receiving end of raunchy, cunt-pounding, porn-sex. Our kind of woman.