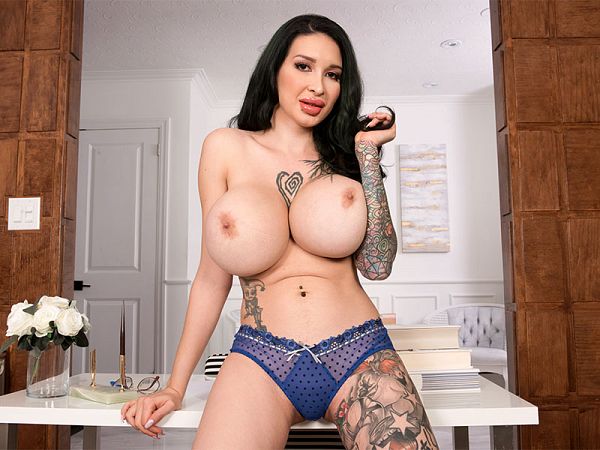 Ariane Saint-Amour‘s skintight dress clings to her super-slim, super-busty body like it’s Spandex. Ariane talks about how nice it feels on her. She wears glasses often in her own shoots but has never worn eyeglasses before in her SCORELAND scenes. They add an extra touch of sexy. We’ll back that statement up with science. The Swiss Journal of Psychology released a study in 2011 that claims that people who wear glasses are seen as more attractive, confident and friendlier, dismantling the geek stereotype.

Foreplay is more than foreplay with Montreal’s fetish and cosplay star.

“I like to eat balls! Blow jobs and hand jobs are my thing. Public foreplay is a plus, even more so if it’s in front of his girlfriend.”