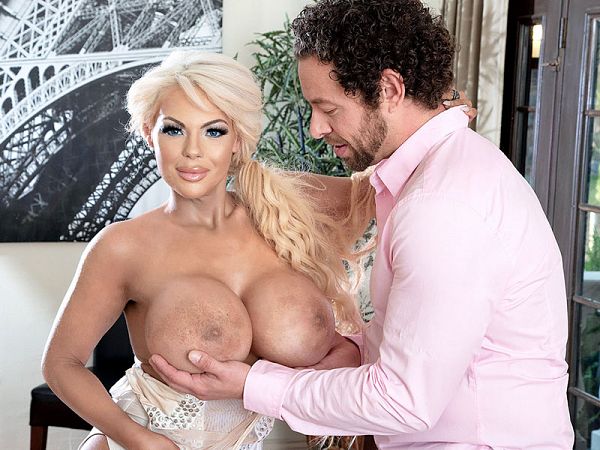 Brad Newman drives over to see a dance instructor named Anastasia L’Amour. He’s getting married and wants to practice his steps for his wedding dance with his bride. On the way to Anastasia’s dance studio in her house, he phones his future bride to touch base.

When Brad gets to Anastasia’s place, he’s stunned to see that she’s a super-busty sexbomb with a curvy figure and a warm personality. Anastasia begins to teach him the basics, telling him that he’s got good moves. Now that Brad’s held her body in his arms, he forgets all about his impending nuptials and his betrothed. His hands explore Anastasia’s big boobs and ass and she doesn’t back away.

Brad slips off Anastasia’s evening gown (she’s naked under it) and guides her to the couch to suck her nipples and fuck those big tits. Anastasia gives him a blow job, driving him even crazier with her tongue and lips. He eats out her pussy, making it juicy for his dick. They fuck like they haven’t had any for ten years. Brad never does finish his dance lesson after blowing his load on Anastasia’s breasts. He may not be getting married after experiencing this hot dish but he might sign up for more dance lessons.