A Fuck On The Wild Side 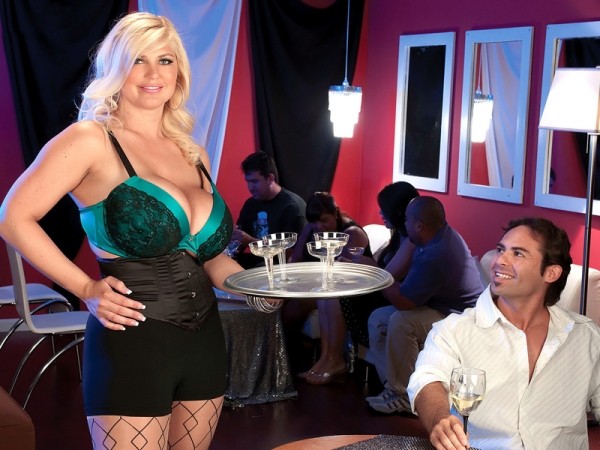 Kelly Christiansen’s story is like that of several other SCORE models such as Jayden Prescott and Barbie Kelley. We wish there were more like these women. They have husbands that are SCORE Men: readers, website members and DVD buyers. Like Jayden’s husband, Kelly’s generous hubby encouraged Kelly to pose, and beyond mere nudity and pussy spreading. Seeing Kelly fuck other men on-camera (in the safe environment of the SCORE studio) turned them both on. Few husbands and boyfriends are this liberal.

“My husband reads SCORE,” said lovely, 36H-cupper Kelly. “He’s a website member, too, and he also buys some videos. He said, ‘Hey, look, they have this BeASCOREModel.com website,’ so we watched the little introductory video and he said, ‘You should do this.’ He was very open about it. And he likes girls like me.” Kelly’s scene is based on one of her own fantasies and occasional “hobbies.”

Kelly loves going to strip clubs. “I went to a club with my man, and the girl came over to dance for us. They had individual stages. And she asked if she could pull me up on stage, and she was just wild over my boobs. She said, ‘Can I take off your shirt?’ and she took off my shirt. And she wanted to take off my pants, and she took off like everything and we pretty much simulated a duo on stage in front of everybody. It was crazy. My husband loved it. Guys were watching and throwing dollars.”

In this scene, Kelly is a waitress in a strip club. All of her customers but one leaves. That sounds like one of our fantasies too.