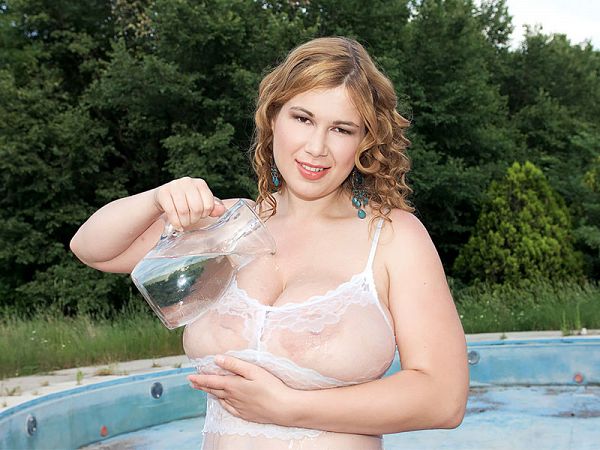 This dehydrated man is delirious. Another step and he’s bound to fall into that empty pool and break his boner. But wait! A busty, smiling mirage named Terry Nova has appeared to slake his thirst, not only for aqua but for big, heavy tits to suck and fuck.

Terry is an expert at stroking, sucking, jacking and fucking your tool until you blow your load over her sexy chest. Terry oozes sex. She’s the ultimate love-doll with her fleshy, pliable hangers and her facial-me face. Just wind her up and let her bounce on a boner. That’s what it’s all about, brother.