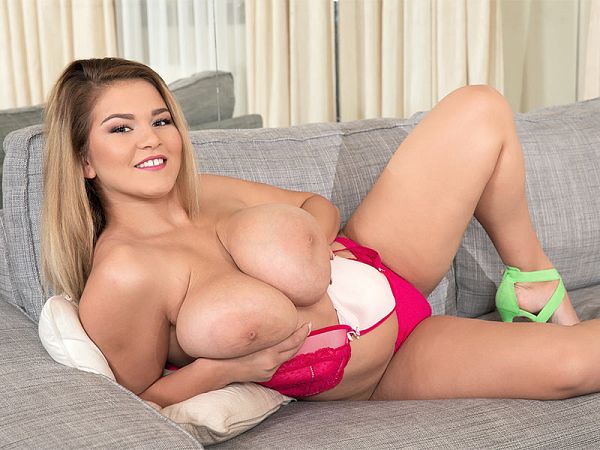 At the end of the rainbow is a brick-house breast goddess named Erin Star. Sometimes we need to smack ourselves upside the head to remind us that she’s real and not a hallucination. Her sister Helen has that effect on us also.

Erin is in no hurry to slowly take off her denim mini-skirt, her cleavage-exposing shirt and her bra and panties. She loves to be admired and she’s found a way to get that admiration.

Breast play comes naturally. She jiggles, shakes and sucks on her big, soft tits, squeezing and rubbing them, and she’s always smiling. Leaning back, Erin parts her legs to show her pussy, then spreads her lips. She’s found her happy seat. Sticking her shapely ass up for your inspection, Erin spreads her cheeks to show another side of her.